From the Library: The Last of Kevin Wilson's "Tunneling to the Center of the Earth" 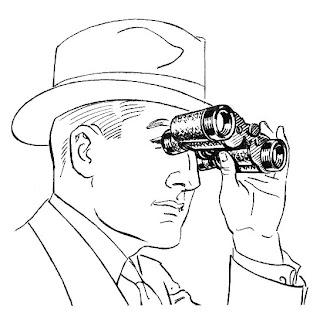 “The Choir Director Affair (The Baby’s Teeth)”
Two stories in the same collection written in the second person! This could be a record and entirely out of control. A little disappointing, however, is the fact that “The Choir Director Affair” is not as tidy and interlooping as the previous second-person foray, but it feels more heartfelt, at least. In this story, our narrator is friendly with a married couple whose baby is born with a mouthful of teeth, teeth that are beautiful and perfect, but the sort of teeth that make “you feel like a real son of bitch” when you see them for the first time, because “why wouldn’t someone have mentioned this beforehand? A small warning: this baby will smile and it will startle you.” The real movement of this narrative, though (in line with the second paragraph’s promise, “The story isn’t about the baby anyway, but the father of the baby”), is in the repetitive and awful behaviors in which adult people find themselves eddying. The mother and father, like so many of us, “are arguing,” the story says, “but quietly, under the surface. Too much sugar in one’s coffee, newspaper folded and refolded in the face of questions, mentions of after-school activities.” This is terrible to read because it is so spot-on and reminds you of your ex. And so it happens that the father has an affair, lies about his whereabouts, leaves the child often in the narrator’s care when he romps with this other woman, and then eventually leaves the mother and destroys a little family. He goes to Austria, has wild times, enjoys this other woman fully, but is inevitably left by her. Do mother and father then get back together in a storm of forgiveness and kisses and sex, though? Of course they do. And does the child age into an awkward normal-toothed teenager? Of course he does. Why? Because “the things we once loved do not change,” the story ends, “only our belief in them.”

“Go, Fight, Win”
Hot damn, this story is solid, even if the first half of it reads almost exactly like the relationship between Jane and Ricky Fitz in American Beauty (replicated in eerie and precise detail, we might add). Besides this bit of deja vu, though, the unfolding of a strange and touching relationship between a 16-year-old reluctant cheerleader and her 12-year-old neighbor boy is well-crafted and subtle, eliciting many fine comparisons to the shorter work of Salinger and Eggers. Of special enjoyment is the care with which the girl in the story works on model cars at her desk at night; it provides not only the image on the book's cover, but resonates as a metaphor for beginning to piece together in our early years what we should expect out of life, and what it expects of us.

"The Museum of Whatnot"
This reviewer will be so bold as to call this the best story in the collection. A bold move, per se, because it is probably the most straightforward and classic of the bunch--without much trickery or literary bells and whistles--but also because it is the most nuanced. Had we the space, we would offer a Marxist reading of the protagonist's desire to rid herself of her possessions, and tack on another even closer reading of her job: a curator for a, you guessed it, museum of whatnot. But since we are not afforded with the desire at present to flesh out such readings, let it suffice to say that what happens, in not so many words, is the female lead curates and curates and curates (choosing and sorting and displaying everything from garbage bags of rubber bands to millions of paperclips), until she concedes it's okay to own some things once in a while. In addition, spurred by the advances of a doctor fellow who frequents the whatnots, our protagonist slowly discovers that the lonely life she has been leading has been a conscious decision all along.

"Worst Case Scenario"
It is unfortunate that Tunneling to the Center of the Earth ends with this story, not because it isn't good, but because it's just not as good or as polished as the rest. Wilson has said the impetus for this story "came from illogical fear and loneliness, which is where a good many of my story ideas come from," which is a compelling and fruitful place to be working from as a writer, but only if you allow your characters to explore these feelings wholly, and without encumbering them with weird stipulations. In "Worst Case Scenario," for example, the main character's own psychoses are the thrust of what we care about him resolving, and yet Wilson weighs the narrative down by giving the character a crazy job (collecting and reporting on worst case scenarios), when really the worst case scenario is the character's life itself. There is nice resolution to the story, but by then, we just sort of wish we had reread "Museum of Whatnot" instead.
Posted by The PSU Writing Center at 6:02 PM