Day 2: In which PDXWD continues being NYCWD, and buys and reads the Times, which is cheaper here, and is then posed a question at night 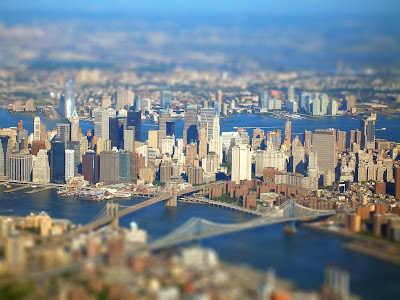 The New York Times may be the only purchase on the planet that is cheaper in New York than in other parts of the country. Only $4 for the Sunday Times. We like this.

But PDXWD promised to keep you abreast of our goings-on, and so we should mention that last night we met up with New York in Brooklyn for some dinner at Pequena. While we waited for a small table at this small establishment, we went across the street to Cafe Habana for cheap beer out of corn cups and conversation about the sheer number of choices one has in this city, not to mention how much more comfortable this mitochondrion of PDXWD feels going out in Portland as compared to here. Something about the eyes of everyone being on you when you're in New York. Not that it's not fine, because it is, it's just less easy to relax, is all.

After those beers and that dinner, we walked up the hill to Washington Commons, and it was at that point that New York asked us what exactly we were looking for in coming here. "I mean," New York said, "are you looking to just hook up, or are you looking for marriage?" PDXWD was slightly taken aback, but smiled and replied, "Probably something in between." "Well," New York said, "I know some people here, and could help you out," and then leaned in close enough to communicate exactly what was meant by all of this. It started to rain about then, though, and being out on the patio as we were, this rain made everyone rush inside, and we were left alone in our wicker chair, wondering why people flee a little rain, especially the kind of bulbous drops that make everything seem more real. Maybe we're just more used to it...

This morning, there's talk of brunch at Dressler, but we'll see. For now, the Book Review is calling.
Posted by The PSU Writing Center at 7:28 AM