From the Library: Michael Davis's "Street Gang: The Complete History of Sesame Street," and thoughts on the dreams of the 70s in the era of Obama 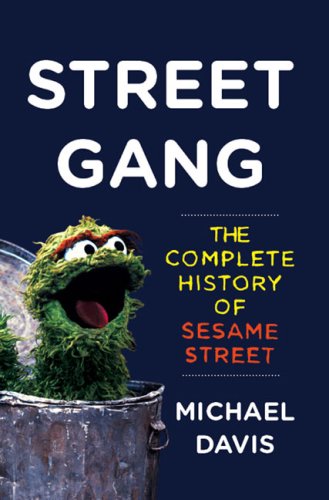 One of this reviewer's earliest television memories is watching the upbeat intro to Sesame Street in a state of rapt attention. In the version I remember (aired in the early 1980s), Big Bird and pals run up and over a park hill and through the city as they ask in song, “Can you tell me how to get, how to get to Sesame Street?” And though I didn’t realize it until looking at Street Gang, Michael Davis's newly-released history of Sesame Street, a lot of what I learned about people, math, spelling, and society came from that show. But of all things on which to write a history right now, why Sesame Street?

“The show turns 40 on November 10th, for one,” Davis said via telephone with PDXWD recently, “but more importantly because the history of Sesame Street is the history of our culture. So many of the stages of children’s development are mirrored in the show, and I wanted to do a serious book about something we all know and all enjoy, giving people an opportunity to explore something they see every day, but never give much thought to.” Modeled loosely on the book Sea Biscuit, which Davis deeply admires, Street Gang tells the story of a pop-culture behemoth, letting readers in on the story of its development.

To read about Sesame Street is to notice that our society has experienced, as Davis puts it, “breathtaking change,” and that “the way we respond to each other is so very different than it was.” Sesame Street was one of the first shows in history to mandate that there be an integrated cast. African Americans, disabled Americans, and Latinos were all strong characters woven into the show’s fabric, even if the writers never drew much attention to the fact that it was teaching anything about diversity. Davis claims that exposing children to such diversity in the preschool years has a remarkable impact on the tolerance they extend as adults. “In fact,” Davis said, “I firmly believe that the progressive ideals of Sesame Street ushered in the era of Obama. It was a dream in the 1960s and 1970s that we could live in an integrated society, even if it really wasn’t like that then.”

And even though millions of its viewers have aged out of watching the show, Sesame Street continues to stay current. As Davis explained, Sesame Street has its own YouTube channel, and constantly takes on sensitive issues, such as a parent returning from Iraq disfigured. “The secret of Sesame Street’s success,” he said, “is they've 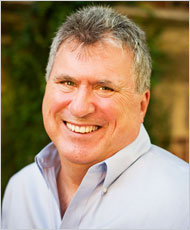 never sat still for even a moment. They're continually asking what’s in the modern zeitgeist? What do children need now?”

As much as we may forget them in our daily adult lives, Oscar, Big Bird, the Count, Cookie Monster, Bert, and Ernie are by now part of our subconscious. “We hold these characters very dear to our hearts,” Davis said, “and they are so embedded in our culture that we want to share them.”

And Street Gang is a gorgeous and intelligent book that follows the creation and evolution of one of our nation’s most important shows. Because “Can you tell me how to get to Sesame Street?” has served, for decades now, as only a rhetorical question. The vast majority of us already know the way.
Posted by The PSU Writing Center at 4:45 AM