From the Library: "November 22, 1963" by Adam Braver, with additional author interview 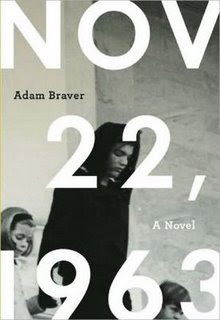 Much like you, I remember exactly what I was doing September 11, 2001. I can repeat conversations I had in those first minutes after planes slammed into the towers and can recall sitting motionless that afternoon listening to the radio. Something ineffably enormous had just happened to me, though I was some 2000 miles from Manhattan.

Things could never return to how they were before and hence, this moment was truer and more real than all others simply because of how unreal it was.

The poetic horror of this paradox is the very issue behind November 22, 1963, an unsettling new novel by Adam Braver, published by Portland's Tin House Books.

As you have undoubtedly guessed, 11/22/63 recreates that historic day JFK was assassinated. Combining disturbing facts with delicate fiction, Braver succeeds from that foundation in building a beautiful contemplation of collective and personal trauma. In a way, then, the book is not unlike the investigation we have all come to know by heart. And yet the novel, told as is it through a mélange of different perspectives (from Jackie O, who refuses to change her blood-stained dress, to a motorcycle policeman on whom blood and brain splatter, to the man who almost didn’t catch the whole awful episode on film) really becomes more about shock and suffering than anything else.

The successes of 11/22/63 lie in Braver’s ability to gently and respectfully reside, like a professional surgeon might, in the stomachs and minds of the people who lived through that day. The sourness of nausea; the dizziness of nerves; the anger at the continuation of time; the limp paralysis of dread: these are the facts that Braver offers up.

Halfway through 11/22/63, you realize the novel is somehow not about JFK at all, but about us. A lesser writer would have failed at piecing this story together in such a way that we are okay reliving that monumentally awful day, but in Braver’s hands, we come back to the present wiser versions of ourselves, if also a bit sadder.

Q & A with Adam Braver

PDXWD: Was there ever a moment in which you felt somewhat irreverent having “fictionalized” one of the nation’s most tragic episodes?

Adam Braver: I never had a feeling of irreverence, in part because I was trying to be honest to the events and the people. Oddly enough, some of the seemingly most irreverent parts of the book are the most factual—such as the transcripts of the conversations between LBJ and Jackie Kennedy.

PDXWD: Was there specific criteria you used to decide how and with which pieces of information to take creative liberty?

Adam Braver: The most creative liberty was taken with the pieces where I had the least amount of information, like with Jackie Kennedy, where there is so little available insight into her mind in general, especially on the flight back from Dallas. My goal was to strip away the larger-than-life aspects and see her as a human being who is suffering real human emotions following the sudden loss of her husband. Of course in my portrayal, the public is always on the verge of interfering with the private, but I wanted to see a woman who was in a sense having her last private moment with her husband and the tragedy before both forever became owned by the public.

PDXWD: To what extent do you think that personal and communal catastrophe is always somehow immediately mythical? 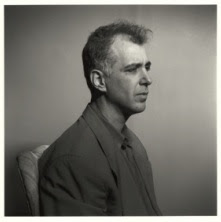 Adam Braver: I agree for the most part. Certainly television had a big part of this instant nostalgia and mythology, as everybody could experience it in real time, with a collective reaction—and, equally important, all getting the same interpretations, images, etc. But that is what really drove the book for me. My intrigue was in the equation fact + memory + story = history and how often that combination is the beginning of mythology, depending on what people do with it.
Posted by The PSU Writing Center at 1:30 PM